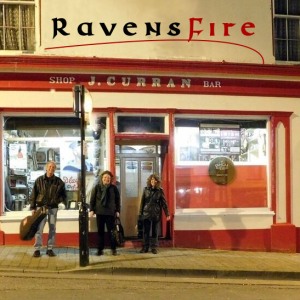 The RavensFire Band, a Southeast Minnesota Irish Traditional and original music band, has finished recording their first CD and are hosting a release party at Studio 5 in Rochester on July 23 starting at 3:00 PM.

Known for their original harmonies and traditional Irish tunes, the RavensFire band has played dozens of local venues and festivals around the area, including the main stage at the Rochester Irish Festival, Rochesterfest and the La Crosse Irish Festival. This spring the band was warmly received on a tour of a half-dozen pubs in Ireland. This summer’s calendar includes performances at Southeast Minnesota festivals, local restaurants, and the Wausau Festival of the Arts.

Audiences love RavensFire‘s versions of traditional songs like Whisky in the Jar and original pieces like the love song Willow Wood. The CD features both of these songs and many more. A frequent comment from our friends is “You guys look like you’re having fun!” We are, and we want everyone who comes to see RavensFire to join the fun.

Songs on the CD are a mix of traditional Irish tunes and original songs written by Melissa Schmidt.

Band members include Melissa Schmidt who writes the original music and arranges all the harmonies, Larry Schmidt, a luthier from Spring Valley, and Judy Havelick who has sung harmony for years and recently picked up the bodhrán. The band has been together for about two years, enjoying every minute of the music.

To celebrate the release of the CD, the band is playing at Studio 5 on July 23. You’ll find Studio 5 next door to the Post Town Winery on the West Highway 14 north frontage road, just west of Circle Drive. The fun starts at 3:00 PM and goes until 7:00 PM.

If you would like more information about the band or the event, please email contact@TheRavensFireBand.com or call Melissa at 507-272-6710.

Useful links about The RavensFire Band 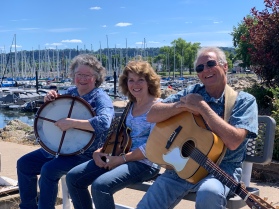 Nighttime outside at Forager

Riverside on the Root

Lunch on the Lawn 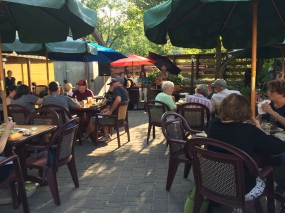 Riverside on the Root

With Absolute Theatre at the Castle Community

Over the Back Fence

Lunch on the Lawn

To see more RavensFire events, go to the full calendar.

If you’d like RavensFire to perform at your event, please email Melissa.

Looking for something on the RavensFire web site?

For more information about the band